Inflation: A tamed monster returns with a vengeance

A president on the run in Sri Lanka. A country, China, forced to tap into its strategic pork reserve. A parliament adjourned in India. From Nepal to Japan and all the way to Australia, governments must contend with citizens made angrier – and poorer – by a spectre not seen since the early 80s: inflation. 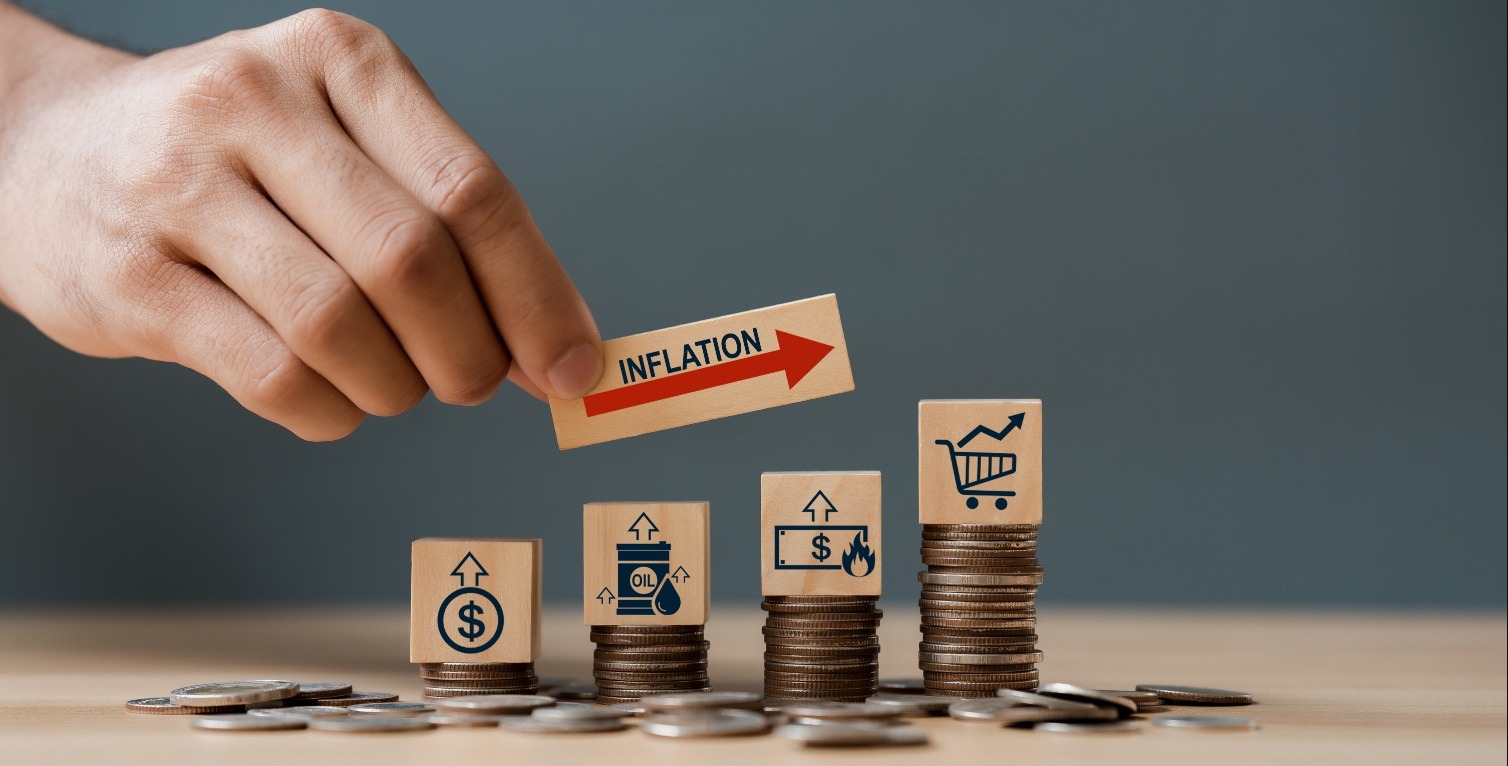 Already a big story for the better part of a year across the West, inflation is creeping its way across the economies of Asia. From banning the export of key foodstuffs, including wheat in India and chicken in Malaysia, to subsidising energy costs – as South Korea and Indonesia are doing – Asian governments have been using their fiscal muscles to absorb some of the burden that would otherwise have fallen on consumers and small businesses. Relatively effective in the short term, these measures are unlikely to be sustainable should inflation were to be more than a transient phenomenon.

In any event, businesses must ready themselves for a new normal that is getting riskier by the day.

More global and contagious than COVID

If COVID taught us one lesson, it’s that what happens first in a faraway place can travel wide and far. Bringing many economic sectors to a standstill, the pandemic also exposed deep fracture lines throughout an international economic system built on frictionless trade, relentless cost-cutting and globalised “just-in-time” supply chains.

Suddenly forced to deal with shortages of critical items ranging from computer chips to basic over-the-counter drugs as well as the economic fallout of lockdowns and social distancing, governments rediscovered old-school Keynesian policies. Keen to support businesses and revive demand, countries across the globe adopted expansionary fiscal and monetary policies that injected unprecedented amount of money in otherwise moribund economies. In Canada, the federal deficit ballooned to nearly 5% of GDP in 2021-2022 (the target for 2022-2023 is now 2%) while American consumers ended up with $3.3 trillion more in savings in early 2022 than they had in 2019. 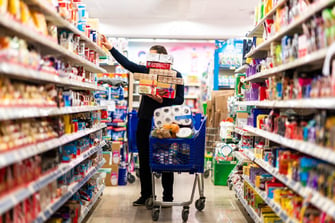 Meanwhile, the EU announced a €2 trillion post-COVID-19 recovery package in December 2020. While more modest in ambition, Asian governments have followed the trend, if less aggressively. As pandemic restrictions were lifted, consumers went shopping like never before.

Meanwhile, Russia’s invasion of Ukraine and the ensuing economic sanctions imposed by the West are adding further pressure on prices. A major energy producer, Russia is using natural gas to pressure European countries while imposing a de facto blockade of Ukrainian ports that recently pushed the Food and Agricultural Organisation’s Food Price Index to its highest point ever.

Warning signs in the West

This inflationary shock has taken businesses by surprise and seems to be intensifying just as generous COVID support schemes come to an end.

In the US, even though the job market remains strong and consumer spending solid, many expect the retail industry to be particularly affected by inflation. Already, iconic cosmetics powerhouse Revlon filed for Chapter 11, stating that strong demand for its products could not compensate for supply chain disruptions, rising raw material and logistics prices, higher labour costs and tighter credit terms. With inflation climbing 11% in June year-on-year and producer prices surging 18% for goods and nearly 8% for services as per the Associated Press, it is widely expected that many companies won’t be able to pass these costs to consumers.

European companies face even bleaker prospects. As the Ukraine war shows no sign of abating, its impact on Europe’s businesses is set to amplify. Business confidence has cratered in Germany, falling 4 points between June and July while Italy plunged into a political crisis following the collapse of the Draghi government on July 21st. With inflation at 6.5%, France – despite being relatively independent of Russian energy – is faring no better than its EU neighbours while the IMF predicts the UK will be the slowest growing G7 country next year. With Russia cutting gas supply to the EU, Germany’s aluminium, glass and chemicals industries are in danger of collapsing, while European households could see energy bills 300% higher than a year ago.

Higher interest rates in leading economies can be contagious too.

Asia is not insulated from inflation even if the continent has been doing relatively well so far. Benefitting from generally strong economic fundamentals and neither supporting Russia nor actively taking part in the sanctions imposed by Europe and America on Moscow, Asian countries are still growing healthily although regional differences are emerging.

As per the Asian Development Bank, Central Asia’s countries are the most vulnerable to inflation due to their proximity to – and close economic ties with – Russia. Meanwhile, the economies of China, Korea, Japan and Hong Kong remain constrained by stringent COVID policies just as South-East Asia looks forward to healthy growth rates likely to exceed inflation on the back of a sharp rebound in tourism, strong exports and competitive labour costs.

Rising interest rates: is the worst yet to come?

Inflation is bad enough, but available remedies are hardly better. Spooked by the fact that inflation can morph into “stagflation” – a debilitating mix of economic stagnation and rising prices best exemplified by the Misery Index as calculated by adding inflation and unemployment rates – if not outright regime change (see Sri Lanka), governments and central banks tend to respond aggressively when it comes to curbing rising prices. This generally translates into harsh austerity measures coupled with frequent interest rate hikes that can be debilitating for consumers and businesses alike.

Like COVID and inflation, higher interest rates in leading economies can be contagious too. Rising risk perception leads to a “flight to safety” that – for US$ investors anyway – means selling emerging market assets to buy instruments denominated in US$. 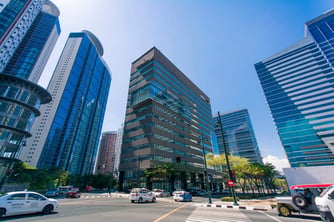 Seeking to limit capital flight and current account deficits, the central banks of many emerging markets rarely hesitate to also hike interest rates in an effort to maintain both stability and competitiveness. Already, monetary authorities in Thailand, Hong Kong, Malaysia, Philippines and Indonesia have announced – or are preparing to – interest rates increases.

Conclusion: Thriving in a riskier world

Both consumers and businesses are facing tough times as COVID and the Ukraine war trigger fundamental supply chains re-alignments that put pressure on prices. Europe’s stated desire to break its Russian energy dependency can only mean further pain for the foreseeable future. With no end in sight, the Ukraine conflict will also continue to disrupt global food supply, while rising tensions between the US and China and the PRC’s commitment to COVID-Zero add further uncertainty to a world that seems to be going from one crisis to another.

In any event, businesses must ready themselves for a new normal that is getting riskier by the day.

Facing increased level of risk in an unpredictable environment, businesses keen to grow must be careful of protecting their downside.

The painful adjustments occurring in Europe and America offer tempting growth opportunities to Asian businesses that, with sound credit risk management, can afford to be bold without being reckless.

Ask any entrepreneur or CEO and they will tell you that running a business is full of ups and...
Read more
With ongoing supply chain disruptions, rising commodity prices and the increased threat of...
Read more